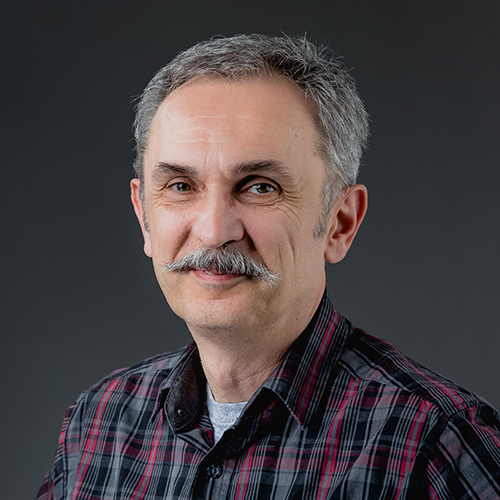 David was born in Tbilisi, the capital of the Republic of Georgia, in the former Soviet Union. In 1982 he graduated from the Tbilisi Academy of Fine Arts with an MA in Industrial Design. In 1993 David with his family immigrated to Israel, where he worked as a decorative glass and stained-glass artist for ten years before immigrating to Madison, NJ in 2003. Since moving to the U.S. David has worked as a Glass Artist & Art Designer for Rambusch Decorating Co, Jersey City, NJ. He has created many stained-glass windows for churches, synagogues, libraries, government buildings and private residences in both Israel and the United States.

David enthusiastically searches for ways to capture the spiritual world of nature, often unseen by others. Outside of his job, he works in a variety of other media. In his illustrations and drawings, David strives to catch a moment of life and show it from an unusual aspect, sometimes beyond the boundaries of reality. His work has been displayed in personal and collective exhibitions.